Did you know there is a wildlife haven visible off of Highway One in Moss Landing? You may have noticed the exit signs when passing through this tiny town but there is a special sanctuary with a hefty population of seals, sea lions, birds, sea otters and even sand dollars! The SF Chronicle has even named it as “the best place for wildlife viewing along the length of California Highway 1." Having heard such accolades about this diverse wetland I decided to check it out for myself.

The Elkhorn Slough is accessible only by kayak and small boats. Usually I would opt for the less strenuous option but I heard the slough was a perfect place for a novice kayaker so I thought I would give it a try. The slough is a protected wetland and it lacks the waves that you find out on the ocean, which can make kayaking difficult for beginner kayakers like me. If you’re uncomfortable with the idea of kayaking but you still want to enjoy everything that the slough check out the action by pontoon boat with Elkhorn Slough Safari. 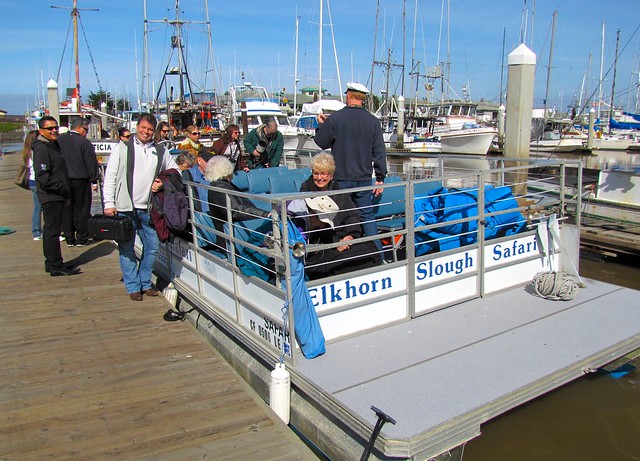 Since this was my first time out on a kayak I figured it would be best to schedule a tour and get some tips from a professional instructor. My friends and I scheduled a 3-hour Saturday tour at 9:30am with Kayak Connection. We arrived a few minutes early to get fitted us for life vests and “skirts.” At first I didn’t see the purpose of these rubber looking suspenders (aka skirts) until we got out on the water. These things are vital to keeping your lap dry!

After a brief tutorial on how to handle the paddles we were ready for take off. My crew and I met up with our guide for the day, Flo. His laid back personality and expert knowledge let me know I was in good hands. We each boarded our two-person canoes and off we went; luckily I called front seat and left the steering to my partner in crime behind me. Getting the hang of paddling was awkward at first but it became much easier after leaving the nearby dock. 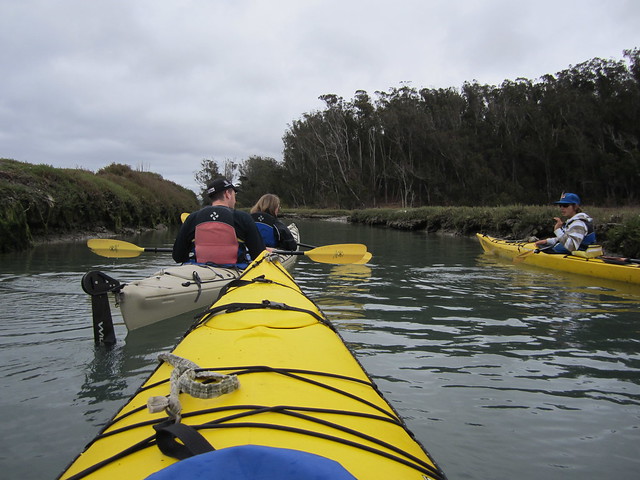 If there is one animal that Monterey County is most known for it’s the sea otter and Moss Landing is crawling with them! We approached a “raft” of these cuddly creatures near the shores of Moss Landing State Beach. There were about 15-20 of them all huddled together to keep from drifting off while resting; too cute!

After snapping several photos of the playful furries we continued on and headed towards Highway 1. On the way we came across a pier overflowing with sea lions. The slough is a perfect place for these mammals since it keeps them protected from predators in the open ocean; now if only they could keep their barking down! 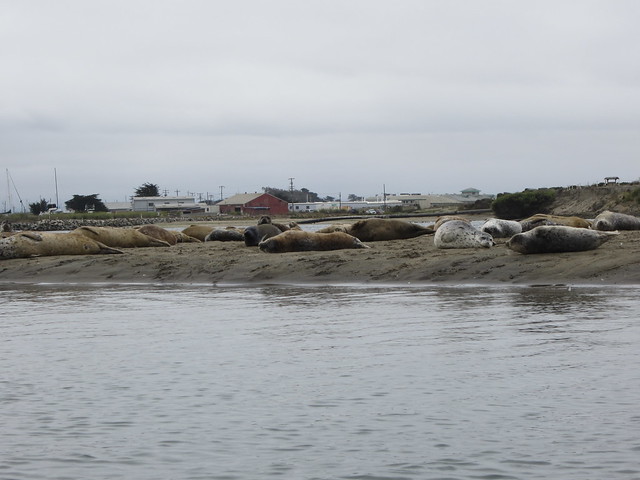 As we traveled east the slough opened up and allowed for more random encounters with the animals that call this wilderness home. Flo described each bird, mammal and crustacean we came across. His passion for the slough was contagious; I found myself learning all sorts of random factoids, which I hope will come in handy for next week’s trivia night! 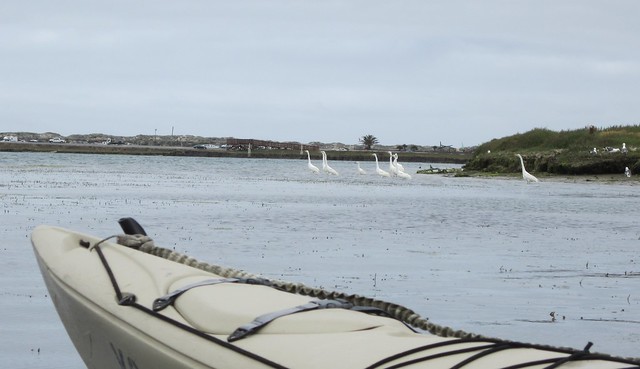 After scoping out various birds and plants, Flo mentioned he had one last surprise up his sleeve. Before crossing Highway 1 we made a quick stop along the shoreline. Flo pulled out a flat and round shell from the water. I wasn’t that impressed until I realized these shells were actually sand dollars! I had never seen a living sand dollar and honestly didn’t even know they were living creatures to begin with; they were everywhere! 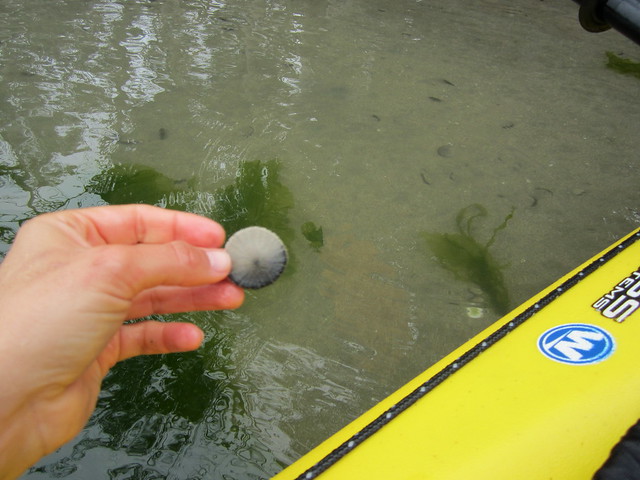 Unfortunately our time had come to an end and it was time to head back to Kayak Connection headquarters. All of that kayaking built up quite the appetite and my crew and I decided to end the day munching on a bountiful seafood feast at the famed Whole Enchilada. Yum! 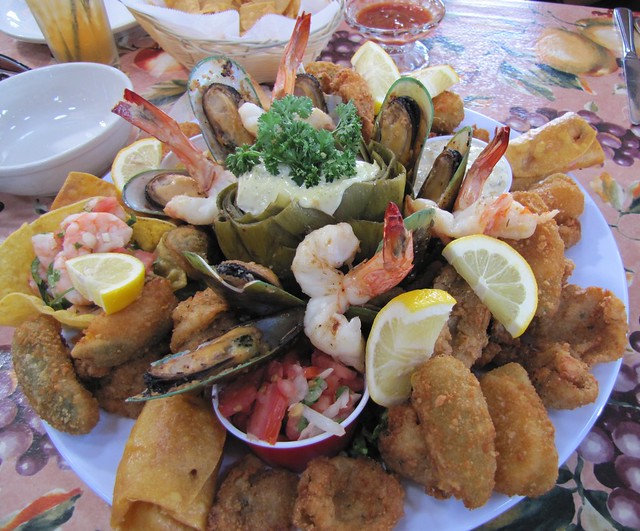