Settin’ Sail on the Monterey Bay

There are two things that I have been dying to try on the Monterey Bay: sailing and kayaking. On a typically gorgeous February morning, when I was feeling particularly lazy, I decided to give sailing a shot since it wouldn’t involve any physical exertion from me. I just wanted to sit back, relax and enjoy the stunning views of the bay. 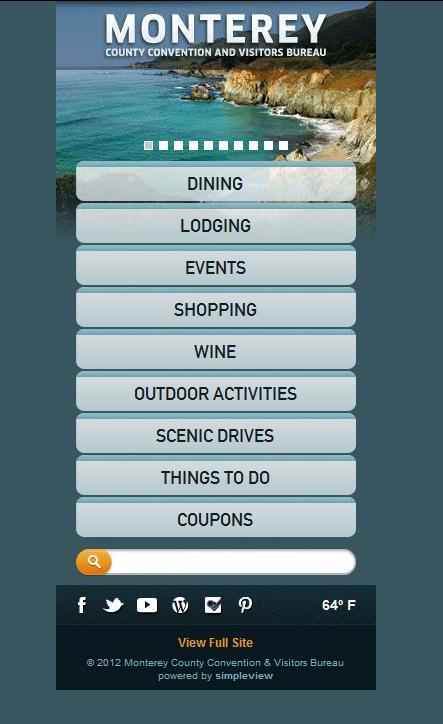 I set out to Old Fisherman’s Wharf in Monterey where I met up with Captain Dutch from Monterey Bay Sailing. Dutch has been sailing the Monterey Bay for the past fifteen years and goes out almost every day, so I knew I was in good hands. Dutch handed me a baggie of ginger candy and instructed me to eat a piece before our voyage; he told me the candies would calm my stomach if the water became rough. I happily did so since I come from a family particularly prone to motion sickness.

I was the only one on the morning sail, so when we walked down the dock to the boat I had my pick of seats. We started pulling out of the dock and onto the bay. It was a rather windy day so Captain Dutch had no problem catching the breeze as he hoisted the sails. I was amazed at how quickly we were able to reach a fast speed. It seemed that we were parallel to Cannery Row in no time. One thing I need to get used to is keeling which is when the boat slightly tilts sideways to balance with the gust of the winds through the sails. I had no idea how strategic I would have to be while trying to hold on and shoot photos of the picturesque bay at the same time. Good thing I had some extra ginger candy to soothe any uneasiness!

I have been out on the bay several times, both whale watching and deep sea fishing, and the views never seem to get old. I love being out in the open water and searching for familiar sights along the coast. The views from the sailboat may be the same you would get from a motorboat but the experience is completely different. On the sailboat you can actually feel the coastal breeze in your hair, smell the somewhat fishiness of the ocean and taste the saltiness of the sea.

Once we were in full sail mode I found out that Captain Dutch holds several sailing courses for both novices and those looking to become fully certified. I pictured myself as the ship’s captain for a minute. Was I up to the challenge? I’m still not sure, but it’s definitely something fun to think about. After we reached Lovers Point in Pacific Grove we turned course, and the conditions seemed to calm immediately, giving us a smooth sail back. My brief first cruise was a lot of fun, but I think next time the sunset cruise is calling my name. If you go… Monterey Bay Sailing is located on Old Fisherman’s Wharf near Isabella’s Restaurant. They set sail almost every day, every hour or two from 11am to sunset. Private charters and sunset cruises are also available (with and without dinner). Monterey Bay Sailing (831) 372-7245 78 Old Fisherman’s Wharf #1, Monterey