Tour Monterey County with John Steinbeck as your guide

If a novelist can be equated with a locale, John Steinbeck will forever be linked with Monterey County. Steinbeck was born in Salinas in 1902, and lived in and visited the Salinas Valley and Monterey Peninsula throughout his life. Monterey plays host to three of his most famous novels: Tortilla Flat; Cannery Row and its sequel Sweet Thursday, whereas Steinbeck drew inspiration from the Salinas Valley for works such as Of Mice and Men, East of Eden and The Pastures of Heaven.

We invite you to explore Monterey County through the eyes of our very own Pulitzer and Nobel Prize-winning, John Steinbeck. So grab your camera and a notebook and get ready for an inspirational tour of Monterey County! 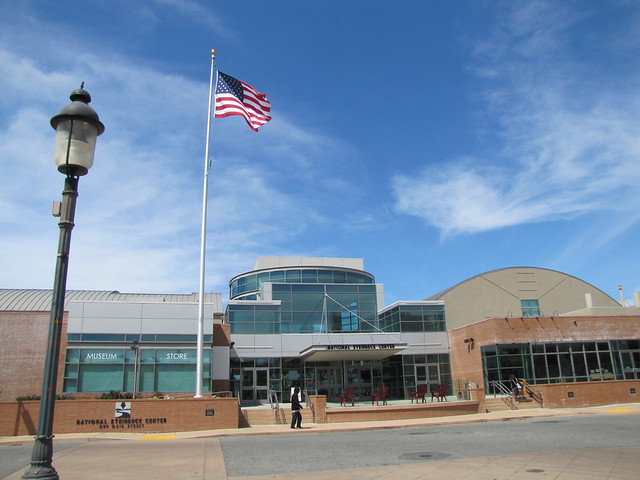 Next, stroll two blocks west and grab lunch at the birthplace and childhood home of John Steinbeck -- The Steinbeck House. This restored Queen Anne-style Victorian home is now a charming restaurant serving lunch and history Tuesday through Saturday. Make sure to stop in The Best Cellar, a lovely gift shop located in the original basement of the Steinbeck House. 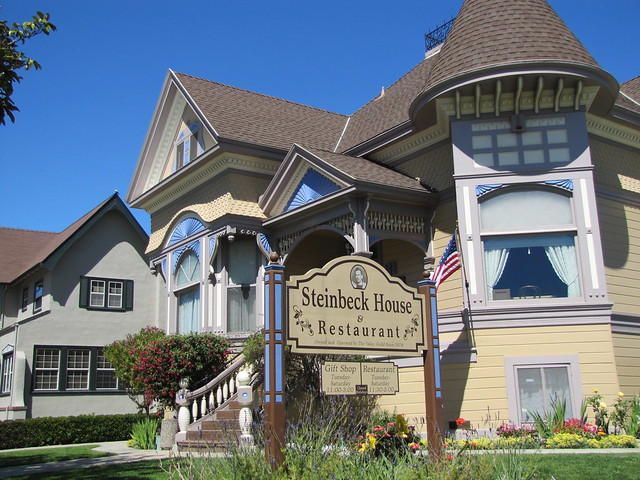 After a scrumptious lunch, head out of town west on Highway 68. You’re now in the fertile Salinas Valley, which inspired many of Steinbeck’s stories. Turn off to visit the few streets of what remains of the charming town of Spreckels. Steinbeck worked here in the early 1920s, at what was then the largest sugar plant in the world. He gained inspiration in Spreckels for several of his novels including East of Eden and Of Mice and Men. 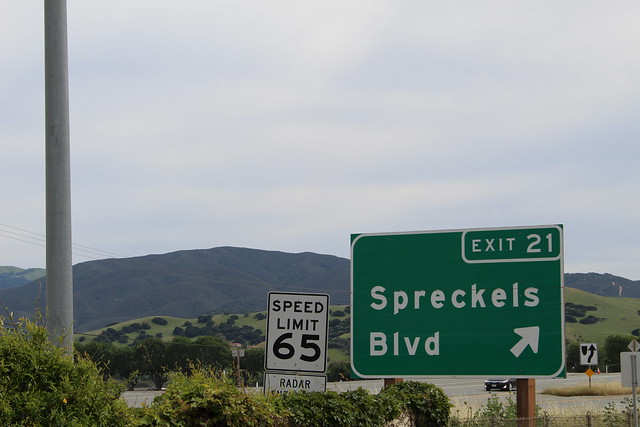 From Spreckles, head back to Highway 68 and continue on to Monterey. Your first stop is the Lara-Soto Adobe located at 460 Pierce Street, where Steinbeck lived for a short time with his second wife and their son Thom. It is believed that Steinbeck wrote The Pearl while living at the adobe. The building is now owned by the Middlebury Institute of International Studies at Monterey and is open to the public during special events such as Christmas in the Adobes. 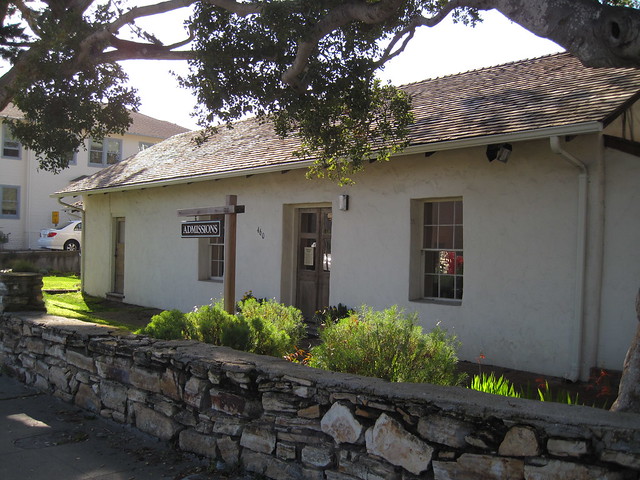 Just a few block away at 155 Van Buren Street stands the Mayo Hayes O’Donnel Historic Library, a former St. James Episcopal Church where Steinbeck’s son Thom was baptized in 1945. In 1970, the building was moved from its original site at 330 Pacific Street to where it stands today.

Meander a few blocks towards downtown Monterey and Alvarado Street. The pubs that Steinbeck once frequented are no longer in business, but the character of the street remains. From there, saunter through Custom House Plaza at Monterey State Historic Park to Old Fisherman’s Wharf, which was featured in Sweet Thursday, the sequel to Cannery Row. During Steinbeck's lifetime, immigrant and native Californian fishermen mingled here among their catch of sardines, squid and abalone. Now the wharf is lined with restaurants serving today's fresh catch. Stroll down the Wharf sampling fresh clam chowder, then dive into a plate of Monterey Bay calamari at Domenico's, Abalonetti's, or Old Fisherman's Grotto. 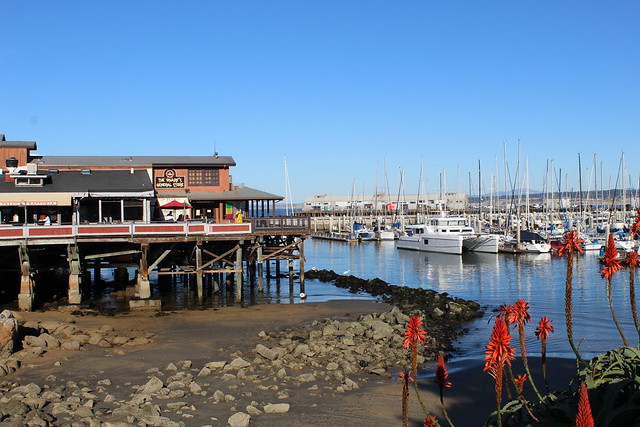 Take a scenic walk west along the Monterey Bay Costal Recreation Trail towards Cannery Row. No Steinbeck tour is complete without a visit to the scene of one of Steinbeck’s most widely read works,  Cannery Row, which was actually renamed in 1958 in honor of the book. Stop at 800 Cannery Row to visit Ed “Doc” Ricketts’ Lab. Officially know as Pacific Biological Laboratories, the lab was owned and operated by Steinbeck’s good friend and collaborator. Free tours of Ed Ricketts’ Lab are available on various Saturdays throughout the year. 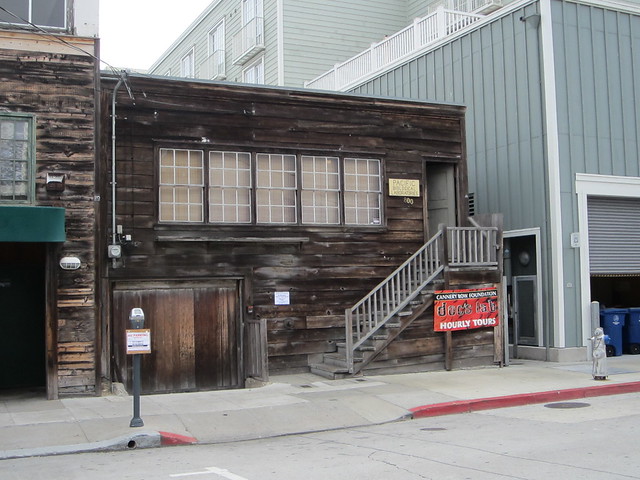 Jump in your car, or rent an E-bike from Big Sur Adventures at the American Tin Cannery near the Monterey Bay Aquarium and continue on into Pacific Grove. Head to 331 Lighthouse Avenue to see Ed Ricketts’ home, where he lived with his family in the 1920s. Please respect the privacy of the occupants at this private residence.

Next visit  the intersection at 11th Street and Rickett’s Row in Pacific Grove. Steinbeck’s father built one of the small cottages in this area, and Steinbeck returned to the cottage repeatedly throughout his life. Steinbeck worked on many of his famous works at the cottage including Of Mice and Men, The Pastures of Heaven, and Tortilla Flat. Take a walk around the historic neighborhood and imagine what life was like when Steinbeck lived here.

Round out your literary tour with a visit to The Esther Steinbeck Rodgers House at 800 Asilomar Boulevard, on the grounds of Asilomar Conference Center. Steinbeck’s sister, Esther, and her husband owned the home from the 1930s to 1950s. Steinbeck referred to it as “Esther’s house in the woods in P.G.” End your tour at Ocean View Boulevard, where you can soak in the epic views of the Pacific Ocean and find inspiration just as the Nobel-Prize winning author once did.

Jessica is the Public Relations Specialist at the Monterey County Convention & Visitors Bureau. When not at work you’ll find Jessica at the beach with her dog.