Few places on earth can live up to their own mythology, but Monterey is a notable exception. No matter what you’ve heard or seen in feature films, nothing can prepare you for the jaw-dropping beauty along Monterey's fabled coast and village-like pedestrian thoroughfares. John Steinbeck was a frequent visitor, and drew considerable inspiration from area landmarks including Cannery Row, which he helped to immortalize in his novel of the same name. Today, iconic attractions like Cannery Row, Old Fisherman's Wharf and the Monterey Bay Aquarium have helped make Monterey a favorite destination for visitors from around the world.

A Taste of Monterey- Wine... 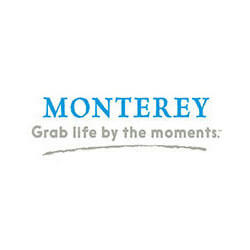 The first settlers of Monterey were Native Americans known as Rumsiens, and their artifacts are still often uncovered throughout the area. European settlers established a Royal Presidio and Mission in 1770. Later, California became a Mexican territory in 1822 until 1846 when Commodore John Drake Sloat and his men claimed California for the United States by raising the flag in Monterey Harbor. California became part of the United States in 1848, and in 1849 its constitution was written in historic Colton Hall, where city offices still exist today.

Monterey's activities and museums like the Monterey Museum of Art will keep you busy from the moment you get up in the morning until you rest your head at night.

Take advantage of Monterey’s beautiful weather and walk the Path of History where you can experience what life was like when Monterey's served as California's capital. Or stroll among the city's wine tasting rooms or along the glorious beaches.

Avid shoppers can find antiques in New Monterey, unique boutiques on Cannery Row and among the historic buildings in Old Monterey.

View a sample itinerary for ideas on how to spend two days in Monterey. See the list of Monterey's top area attractions; if you want to know more, read in-depth information about Monterey's tourist activities.